SoftBank has implemented artificial intelligence (AI) to increase the efficiency of all businesses throughout the company and already made significant achievements.

Masayoshi Son, Chairman and CEO of SoftBank Group Corp., invented the AI Cluster of No.1 Strategy based on the idea of “whoever leads in AI will rule the world.” Under this strategy, SoftBank has been conducting the AI Business Promotion Project, where the employees proactively use AI within the company to experience both its advantages and disadvantages at first hand.

This project was prompted by our strategic business alliance with IBM, which has developed Watson, AI for business. Under this alliance, SoftBank has been expanding its AI business for corporate customers, including through the launch of the IBM Watson Ecosystem Program in July 2015 and the release of the Japanese version of Watson in February 2016.

Besides approximately 100 in-house AI-related businesses grasped by the AI & Robotics Business Promotion Department, there are many other AI businesses operated individually.

Episode.1 With the implementation of AI, a “just try it” culture has taken root in the company. 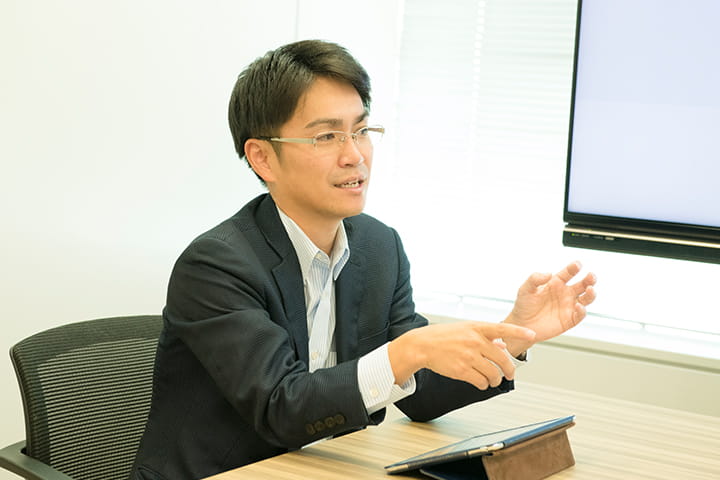 “The implementation of AI has reduced man-hours for hiring new graduates alone by 75%,” says Kumi Ando from the Recruitment & HR Development Management Division. After managing temp staff, she began taking charge of new grad hiring in 2013. She was surprised to see a lot of manual work was necessary at her new position. This experience prompted her to implement AI. The new grad hiring team has the text data of the entry sheet submitted by student applicants. She came up with an idea of making use of the data and consulted with a former coworker.

”When I frankly shared what I wanted to do, although it was still like a delusional dream, the former coworker said, ‘It sounds interesting. Why don’t you try it?’ I thought this freeness was very Softbank,” Ando says. In fact, she had assumed that implementing AI would solve every problems but came to know that there are some things even AI cannot do. She realized that the key to a successful implementation of AI into business operations is how well human beings can use AI by compensating for its weaknesses with effective operation, and then began the process of trial and error.

As a result of research, Ando found that SoftBank was developing a Watson-based system for commercial sale under a business alliance with IBM. Her flexibility made her think that the system would be available for in-house use. She immediately visited Shigemasa and Kasuga for consultation.

“Thanks to interactions with IT-savvy departments, we became aware that it would be possible to do something new by combining our operations with innovative ideas and technologies,” Ando says. Since then, she has been constantly engaging in open and frank exchanges of views with other departments, including by inviting engineers to have tea parties and inviting colleagues from other departments that had successfully implemented AI to hold user meetings. 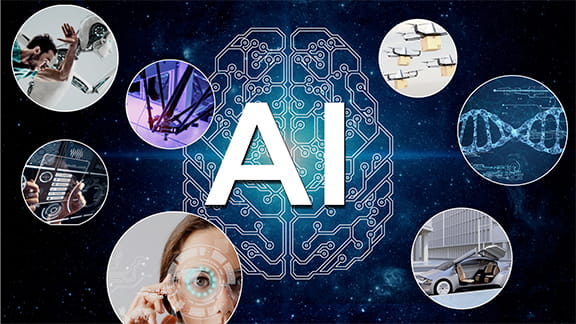 The atmosphere of her department has also changed. Ando is now often asked for advice on doing something new. She feels that the mindset of department members has become more positive. For example, when she suggests seemingly fanciful ideas, other members say, more often than before, “It’s interesting. Let’s try it.”

Episode.2 The implementation of AI into the SoftBank online shop makes everybody happy. 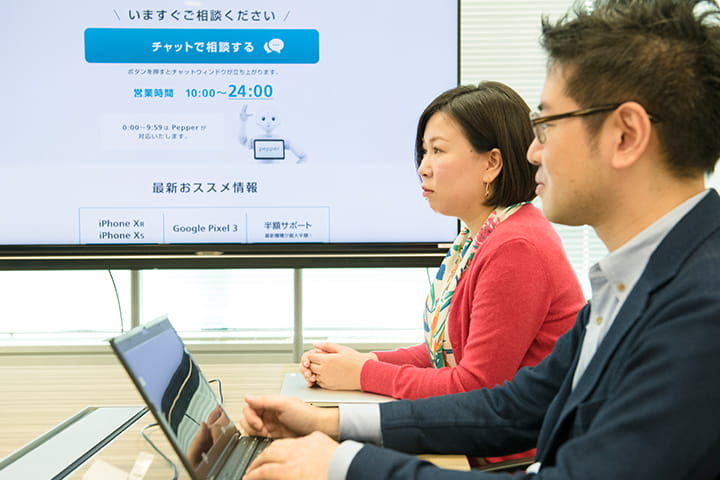 Sousuke Kasuga has developed a chat support service for the SoftBank online shop. SoftBank’s official online shop is open 24 hours a day. The online shop has introduced a new AI system where our humanoid robot Pepper responds to customer orders and inquiries between midnight and early morning, making it unnecessary for operators to work during the period of time. Kasuga says that he is happy because it is no longer necessary to let operators return home by taxi late at night.

Furthermore, Pepper’s sales performance has been so strong that its sales target has been revised upward. By making it possible to shop at midnight and unnecessary for people to work during the period of time, as well as achieving good sales, “this system makes everybody happy,” Kasuga says. In addition, the administration of operators has become easier, and human operations have also improved by reflecting successful talk flows and sales practices into AI training data. 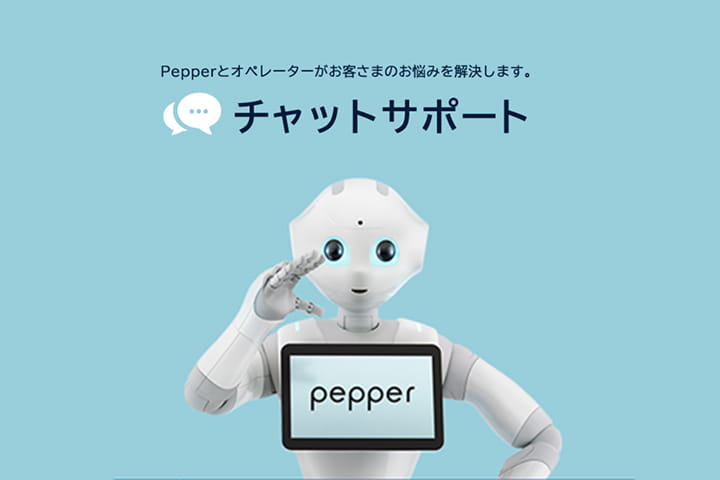 When Kasuga began considering the implementation of this system, he consulted with not only the AI & Robotics Business Promotion Department but also various departments. He also exchanged views with Ando’s department, which made a success of a precedent case, and visited researchers from the University of Tokyo and Kyoto University as well as around 30 companies that had already implemented AI. As a result of extracting the characteristics of various engines, he ultimately decided to use IBM Watson and SoftBank’s self-developed APTWARE in combination.

Kasuga says that, after one year of operation, his team plans to start a PDCA process to cycle the customer service by AI that learned operator’s training data into the human customer service. “I am getting a flow of ideas I want to try,” he says. They include a function where when a customer talks to SoftBank’s official Line account AI responds to it and voice customer service for its online shop.

According to Kasuga, the successful AI implementation has enabled employees to work more freely without being framed by their departments. Now he and his team members sometimes visit departments that have successfully utilized AI to listen to their experiences. “We could find some dialogues very useful half a year later, even though at that time we just talked, ‘It was fun,’ or ‘We might be able to apply it to something.’ Our team as a whole has become more enjoyable."

Episode.3 The key to a successful workstyle reform lies in the promotion of AI at the initiative of employees in frontline operations. 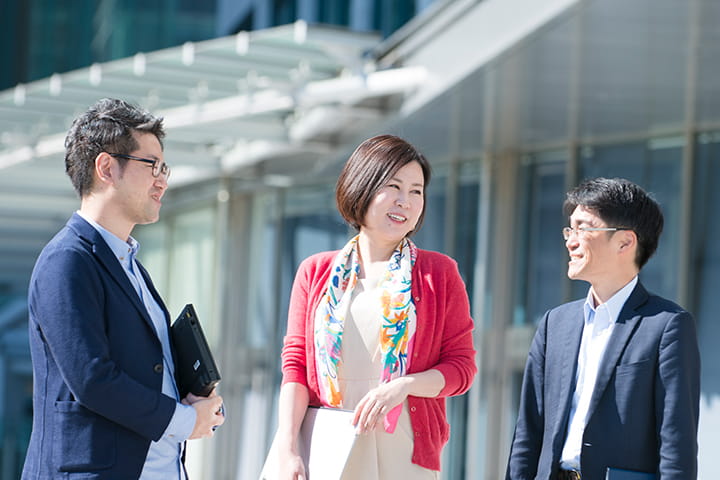 Referring to US company WeWork, which promotes the creation of open innovation by providing revolutionary coworking spaces, Nobukazu Shigemasa from the AI & Robotics Business Promotion Department says, “In the process of promoting AI business, WeWork-like interactions have been created, such as through internal presentation meetings, meetups, user meetings, and tea parties.” Seeing employees interacting with each other, he feels that there are plenty of opportunities for them to have exposure to diverse values within the company alone.

“A true workstyle reform would be to ensure that employees in frontline operations become aware of issues and solve them by connecting with each other on their own using AI and robotics process automation (RPA),” Shigemasa says. He now receives all types of AI-related inquiries concerning wide-raging operations throughout the company. He says that it amazes him how broad the range of the company’s operations is, which he could not see when he was a system engineer. “I find great pleasure in seeing the whole picture of SoftBank’s businesses from a higher perspective.”

Shigemasa also enjoys talking with people in charge of promoting AI at different departments. He feels that many of them are positive and proactively take a trial-and-error approach. “I think they truly embody SoftBank’s culture.”

At SoftBank, there are active interactions among employees, regardless of job type or department, and they can work together if they have points of contact. AI also serves as a tool that connect employees with each other.

※This information is as of November 2018.